Eternal Darkness: Sanity's Requiem (aka Eternal Darkness: Manukareta 13-nin in Japan) is a mature, third-person horror adventure from the makers of the original Legacy of Kain. Featuring 12 playable characters throughout history, including a Roman Centurion and a priest during the period of Inquisition, the story follows Alexandra Roivas, a young, beautiful woman whose grandfather's body has just been found in his dark and moody mansion, bloodied and torn apart, his head missing. When she learns that the local police have been unable to uncover any clues regarding the obvious murder, she decides to take matters into her own hands. It's when she arrives at her deceased relative's mansion to investigate that the tale of Eternal Darkness truly begins.

While pausing the game, the aspect ratio can momentarily stretch to each side with default settings, causing a distorted image. Disabling Dual Core corrects this. See issue 10801. Single Core is now set by default as of 5.0-15874.

Before and after a chapter, the screen momentarily turns green or purple. Prior to Hybrid XFB in 5.0-5874 turn on Real XFB or after disable "Store XFB Copies to Texture Only" to avoid this. This setting is now set by default as of 5.0-15874. 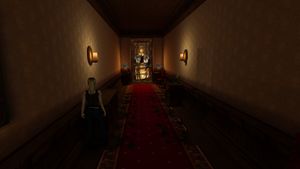 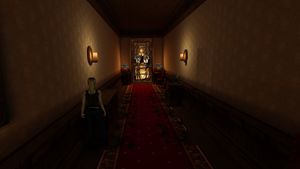