From Dolphin Emulator Wiki
Revision as of 11:59, 26 December 2016 by MayImilae (talk | contribs) (Undo revision 138354 - I'm removing Biogenik as not-relevant. Any Wii U adapter that works on a Wii U will work with this guide. And reddit says Biogenik doesn't work well *on a wii u*, so it will not in Dolphin. Thus Biogenik falls outside of this guide.)
(diff) ← Older revision | Latest revision (diff) | Newer revision → (diff)
Jump to: navigation, search 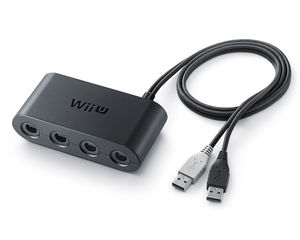 Linux support does not require any special drivers. However, a udev rule must be created to allow access to the device.

Linux support requires libusb version 1.0.16 or greater. You can check your version of libusb by typing this into a terminal: libusb-config --version If that says anything less than 1.0.16 then remove libusb-dev (sudo apt-get remove libusb-dev) and follow this link to get an updated version: http://www.linuxfromscratch.org/blfs/view/svn/general/libusb.html . After that recompile Dolphin and you should have adapter support.

For questions on any of these OS X connection techniques, please see the forum thread.

Plug in the GameCube controller adapter if it hasn't been already. Download and launch Zadig. If you're using the Mayflash adapter, make sure you switch it to "wii U" or Zadig won't pick it up properly.

The left slot on the adapter (while engraved "Wii U" facing up) is the first port, and so on, so don't mistake it for being the other way around!