Difference between revisions of "Peach's Castle"

Peach's Castle is a Tech Demo for the Nintendo GameCube. Included as part of the Nintendo GameCube Software Development Kit, the demo was used to show developers various features of the console presented in a game. In the demo, the player controls a red arrow that can go through various rooms in a rebuilt version of Princess Peach's Castle from Super Mario 64, with some limited interactivity and the ability to adjust the camera. Each room shows different graphical effects, which includes the following: large textures, bumps and shadows, anti-aliasing, local lighting, projection textures, environment mapping, and maximum polygons.

Peach's Castle will not load with GameCube BIOS emulation enabled, instead displaying an unrecognized disc message. Ensure "Skip BIOS" is enabled to load the demo.

A single pixel line will appear beneath the Welcome to GameCube World sign in the beginning of the demo. This appears to be the top 2px of the sign image misplaced. Refer issue 8340. This can be resolved by using the Software Renderer, but things will be really slow. 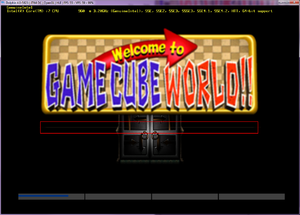 Hitting the block in the coin demo room results in a "FIFO is Overflowed by GatherPipe! CPU thread is too fast!" error. Frequently pressing Yes on the dialog will allow emulation to continue, but it also may crash Dolphin. Refer issue 8341. This can be resolved by disabling Dual Core mode.

The pause menu allows for various video modes to be selected, some result in problems for Dolphin:

The Cave portion of the demo is much darker than on GameCube, it seems like there is no global illumination applied. 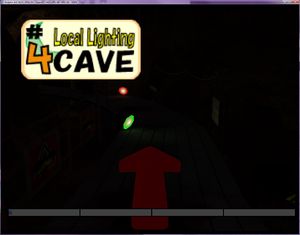 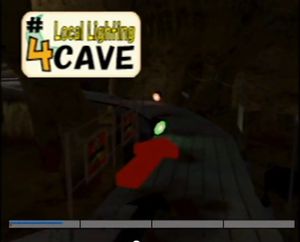 Though Peach's Castle does not seem to require XFB, enabling XFB Real /w the DirectX backend causes everything to be rendered much darker than it should be.

Sound is jumbled with HLE plugin. Fixed by an unknown revision.

Certain UI elements like the meter's background are missing. Fixed by an unknown revision.

The graph below charts the compatibility with Peach's Castle since Dolphin's 2.0 release, listing revisions only where a compatibility change occurred.

3.0-692
Δ
5.0-12298 (current)
Δ
Δ
Δ
Δ
Δ
2.0 (r5384)
Compatibility can be assumed to align with the indicated revisions. However, compatibility may extend to prior revisions or compatibility gaps may exist within ranges indicated as compatible due to limited testing. Please update as appropriate.