This page is meant to be a hub for general discussions about this wiki its use and its editing.

Feel free to use this to note wiki problems, etc. and leave messages for the community.

Apparently this issue appeared after site admin updated to Mediawiki 1.6. The current workaround that I've encountered is reuploading the image with resizing problems in PNG format. (I'm not sure if GIF have this bug too) Jhonn 22:33, 7 December 2010 (CET)

After tests I confirm that all images format have this issue, I've notified this to Mamario. Now we have to wait for a answer, so some covers that I've recently updated will have this problem, please no revert these files. Jhonn 15:53, 10 December 2010 (CET)

In last days this wiki was attacked by bots that was posting massive spam in the wiki pages. We could implement the ReCaptcha system, if these bots try to create accounts or try to edit wiki pages without an account, they will be permanently blocked (currently doesn't exist any bot that can bypass reCaptcha). Jhonn 14:01, 7 November 2010 (UTC)

I know this wiki is very game focused, and doesn't focus on stuff like explaining emulator options. But still, some topics, like DSP-LLE, are mentioned throughout the wiki without any explanation whatsoever. So someone sees the option in the configuration list, tries to use it, error. So they search the wiki, and find nothing. They go to the main dolphin page, nothing in the FAQs or support either. If they do google searches it will lead them to the forum, but even then it's not exactly easy to find. Should this wiki have something to explain certain topics, like DSP-LLE? Even if it was just a page with a link to the forums, it could go a long way to helping users figure out how it works. Obviously I am not suggesting we explain every single option available for configuration; that would take far too much effort to do as it changes all the time, and dolphin itself does a great at explaining things usually. But it might be nice to have something on the wiki for those that need it, just to help push them in the right direction. MaJoR 20:11, 08 June 2011 (UTC)

I've noticed that Mediawiki 1.6 support more templates, and apparently the GameCube list is working OK, even with all templates included. For help, I've too moved all links and references to the obsolete Ratings to the new RatingsGC, to reduce templates in use by GameCube page. Jhonn 22:33, 7 December 2010 (CET)

It appears the Wii game list has it the critical length where the wiki is no longer able to process the number of templates in it. We either need to split it up as we have the GameCube page or determine an alternate way to address the many templates issue. Kolano 17:28, 14 November 2010 (UTC)

I have split into a-m and o-z which will work for now.

Half the titles compatibilities to the template are screwed up in the lists so the lists will need to be edited for that.

There are at least 2 images on the site that can't be resized with "|300px" in their tags. Not clear what's up. They would be... 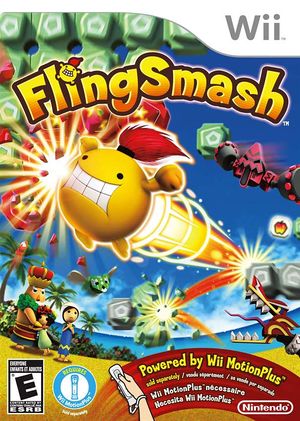 This problem is caused by the compression method, if you experience this bug again, try to save the same image in PNG format (better quality and doesn't have this issue). Jhonn 19:18, 14 November 2010 (UTC)

More and more I'm noticing people incorrectly changing the ratings putting a number directly on the list instead of in the ratings pages just undid 2 of the them from the same person.

I think this is generally due to folks being unaware of how to work with the ratings templates. Some suggestions:

However, we'll likely still see this (and the similar issue of pages using the rating vs ratings template) even then. Unfortunately the best solution may be to just continue to monitor things. The searches below can help with such...

I guess theres no scripts or wiki bots that can monitor it automatically for us be good if there was.

I hope people read the ratings links I put on the main page its the best I could do and also It would be a good idea to update each list page so at the top is a big comment about editing ratings they need to scroll past something like.

Put (hash) as I cant put a real one here.

Please don't put ratings in this file use the link below

I added a test example to the Wii page that can be rolled out to all the other lists.

As mentioned earlier wii lists 505'd is now split into 2 lists now and half the ratings for both Wii lists are screwed up now or haven't been added.

Also allot of gamecube games are still inline ratings and not using the template in the game list about 40-50% all games.

Just add the rendering tag after filename. If you are editing a wiki page that use Infobox VG, change the thumbnail to fit in this template. I will edit this in all of my future commits. Jhonn 20:25, 20 October 2010 (UTC)