Difference between revisions of "Spyro: A Hero's Tail"

Some textures are intended to be in an 18b rather than 24b format, which can cause banding across gradients or otherwise blotchy colors. Disabling "Ignore Format Changes" partially improves the accuracy of Dolphin's emulation, and exposes this. Leaving "Ignore Format Changes" in it's default enabled state will avoid this issue, but renders somewhat inaccurately. Refer issue 9276. 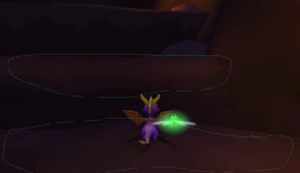 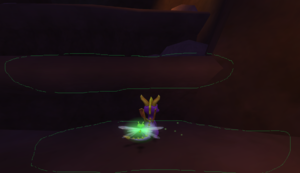 Beams of light and shimmering objects, like faerie wings, can smear or be duplicated or otherwise corrupt graphics. Slightly different versions of the corruption are seen between OpenGL and DirectX. Refer issue 6899 and issue 8317. 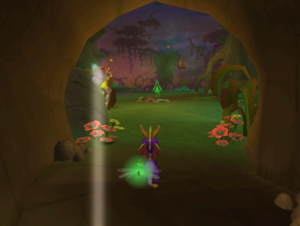 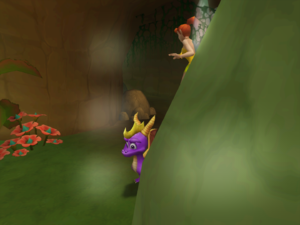 When diving underwater an effect should blur the distance. Under OpenGL everything is rendered completely fuzzy, while in DirectX nothing is. Refer issue 9277. While only the software back-end renders correctly, the DirectX back-end is probably preferable. 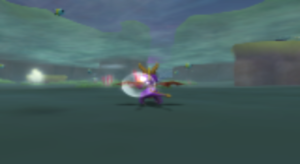 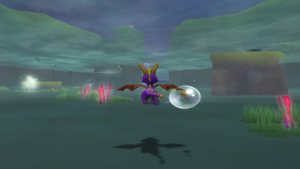 The game has a bloom effect that causes issues with shimmering objects and an AR Code is needed to remove the bloom. This AR Code will remove bloom entirely.

The graph below charts the compatibility with Spyro: A Hero's Tail since Dolphin's 2.0 release, listing revisions only where a compatibility change occurred.

Δ
5.0-14191 (current)
Δ
Δ
Δ
Δ
Δ
2.0 (r5384)
Compatibility can be assumed to align with the indicated revisions. However, compatibility may extend to prior revisions or compatibility gaps may exist within ranges indicated as compatible due to limited testing. Please update as appropriate.