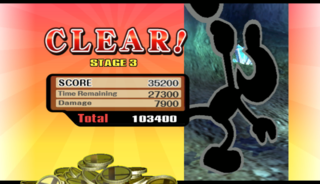 Prior to 4.0-1953, attempting to load a Master Piece will freeze the emulator, showing nothing but a black screen with FPS 0, VPS 60, and Speed 100%. As of 4.0-1953 and later, Masterpieces will try to load but they will kick you back to the menu instantly. Attempting to use a cheatcode to disable the timer doesn't work since the masterpiece doesn't actually load. There is no solution at this time, but a fix is in development.

On rare occasions the game will create a save but be unable to read or write to it, the exact reason why this happens is unknown. A fix for this:

r2661
r4687
r7476
r7482
Δ
5.0-14095 (current)
Δ
Δ
Δ
Δ
Δ
2.0 (r5384)
Compatibility can be assumed to align with the indicated revisions. However, compatibility may extend to prior revisions or compatibility gaps may exist within ranges indicated as compatible due to limited testing. Please update as appropriate.