Difference between revisions of "The Legend of Zelda: Skyward Sword"

The Legend of Zelda: Skyward Sword (ゼルダの伝説 スカイウォードソード, Zeruda no Densetsu: Sukaiwōdo Sōdo) is an action-adventure game for the Wii console and the sixteenth entry in the Legend of Zelda series. Nearly 5 years in development, the Skyward Sword departs from many of the traditional Zelda norms, featuring new controls, a new art style, and formula differences. Skyward Sword requires either the Wii Motion Plus add on or a Wii Remote Plus.

Skyward Sword heavily integrates the use of the Wii MotionPlus; swordplay, for instance, is integrated with the controller to a point where the player has one-to-one motion control over Link's sword and its attack directions. In contrast to earlier installments, battles do not focus solely on timing attacks, but also on their target, such as the direction in which enemies are hit. This also allows for the sword to be integrated into puzzles to a greater extent than in previous titles.

Banding may be present in shading on characters and surroundings. To fix it, use the DX11 backend, and set Anisotropic Filtering (AF) to 16x. AF should not cause a performance hit, but it may on some weaker systems. See issue 5361. 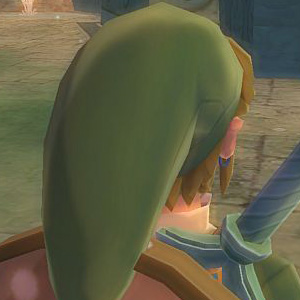 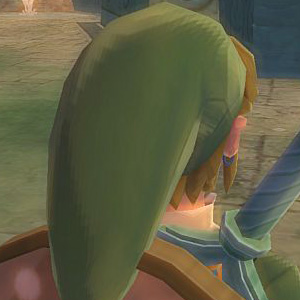 When some time stone effects are on screen and in the Pirate Stronghold, Link may appear cut in half, with the floor going through part of him as if he is sinking. This only occurs on DX11 with EFB to Texture, so use DX11 with EFB to Ram, DX9, or OpenGL through these areas to correct it.

File:Skywardsword-PirateStronghold.jpg
In some areas the floor is over part of Link.

Enabling "Skip EFB Access from CPU" can prevent you from aiming properly.

Skyward Sword uses a Depth of Field (DoF) effect to blur distant objects in a painting like style. Anti-aliasing brings this DoF effect closer to Link, blurring the game more than the developers intended. Keep anti-aliasing off to prevent the problem. This issue has been fixed.

File:SkywardSwordDOF.jpg
The DoF Effect properly emulated in Dolphin
File:ZeldaSS-DOFAntialiasing.jpg
With high AA settings, the game can be severely blurred

The graph below charts the compatibility with The Legend of Zelda: Skyward Sword since Dolphin's 2.0 release, listing revisions only where a compatibility change occurred.

r7718
3.0-223
Δ
5.0-13152 (current)
Δ
Δ
Δ
Δ
Δ
2.0 (r5384)
Compatibility can be assumed to align with the indicated revisions. However, compatibility may extend to prior revisions or compatibility gaps may exist within ranges indicated as compatible due to limited testing. Please update as appropriate.