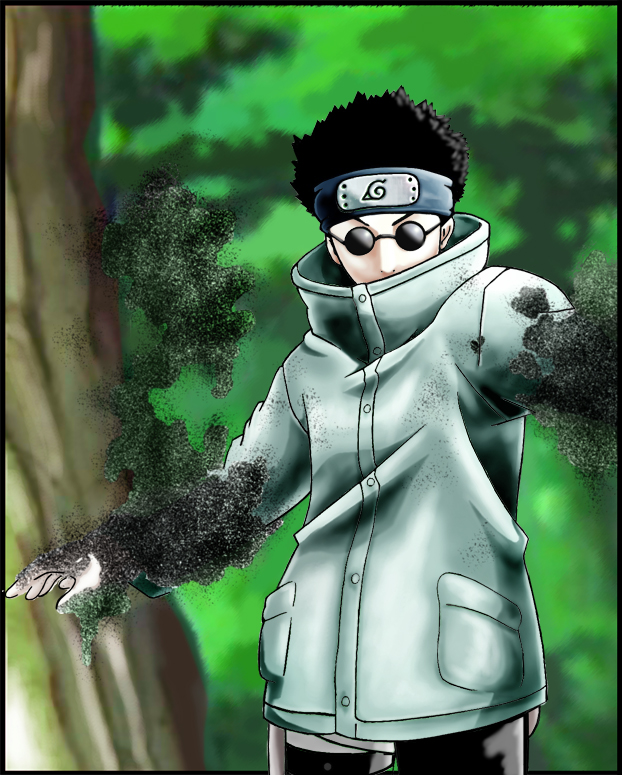 Is one of the members of Team 8 and is fascinated with insects; he spends his free time capturing and studying insects and often uses them as analogies during conversation. A deep connection with insects runs in Shino's family, as each person born in to the Aburame clan is infused with a special breed of insects known as "destruction bugs" during birth. In exchange for using Shino as a hive and feeding on his chakra, the bugs do as he commands. During a battle, Shino directs his bugs towards an opponent, boxing them in without their knowledge and absorbing their chakra once they have been surrounded. Shino's merciless tendencies, in regards to opponents as well as his attachment to insects, have caused other characters to label him as "creepy". Nevertheless, Shino cares deeply for his teammates, being acutely aware of their inner workings and always regretting when he is unable to help them.