Namco Museum: 50th Anniversary refers to Namco's 50 years as a company which originally manufactured toys in 1955. It was the second Namco Museum compilation released for the GameCube. This version includes sixteen games:

When loading Rolling Thunder, some garbled frames will appear. This is normal and happens on console. 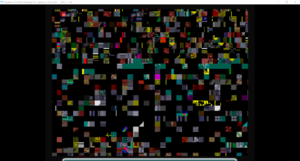 The graph below charts the compatibility with Namco Museum: 50th Anniversary since Dolphin's 2.0 release, listing revisions only where a compatibility change occurred.

4.0-4867
Δ
5.0-12280 (current)
Δ
Δ
Δ
Δ
Δ
2.0 (r5384)
Compatibility can be assumed to align with the indicated revisions. However, compatibility may extend to prior revisions or compatibility gaps may exist within ranges indicated as compatible due to limited testing. Please update as appropriate.