Rygar: The Battle of Argus

Rygar: The Battle of Argus is an action adventure video game for the Wii. It is an updated port of the PS2 game Rygar: The Legendary Adventure, which was itself an recreation of the original Rygar released for arcade machines and various consoles in 1986. The game is inspired by Greek and Roman mythology and has many enemies and worlds named after them.

Bloom is broken, showing the top-left of the screen over the entire screen instead of the proper bloom effect. In some areas, this results in a completely white screen except for the HUD and minimap. Refer issue 12763. Fixed by 5.0-15680. 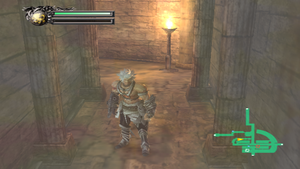 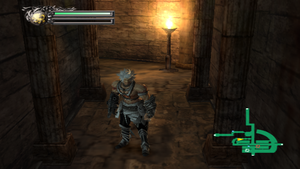 The graph below charts the compatibility with Rygar: The Battle of Argus since Dolphin's 2.0 release, listing revisions only where a compatibility change occurred.