Blaster Master: Overdrive is a platforming and run and gun video game released by SunSoft and Gaijinworks as a WiiWare title for the Wii game console. It is an update of the formula and soundtrack of the original Blaster Master game, also produced by SunSoft, in 1988.

Sometimes image tiles seem to be rendered 1px off, leaving small gaps or improperly drawn tile edges. This occurs even with 1x Internal Resolution and Anisotropic Filtering / Anti-aliasing off. Refer issue 6833. This is due to various texture interpolation issues and may happen on a real Wii. This may not occur with PAL releases. This is only true for the NTSC version, which does happen on console. Increasing the IR causes it to show up in places it does not happen on console. 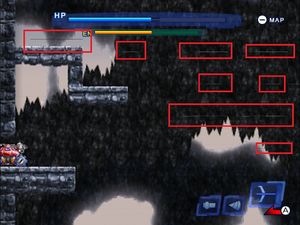 r5063
Δ
5.0-18505 (current)
Δ
Δ
Δ
Δ
Δ
2.0 (r5384)
Compatibility can be assumed to align with the indicated revisions. However, compatibility may extend to prior revisions or compatibility gaps may exist within ranges indicated as compatible due to limited testing. Please update as appropriate.