In Death Jr: Root of Evil take on the role of the Grim Reaper's teenage son, Death Jr., as he and his friend Pandora, whilst arguing over a cocoon they've collected for a school biology project, accidentally release an evil and powerful spirit called Furi. In order to stop Furi and her hordes of nasty minions, Death Jr. and Pandora must team up with their wacky group of friends and fight their way across a series of crazy, fun-filled locations.

This title hangs prior to the start of game play. Refer issue 10826. An unknown GPU command error occurs after the Wii Remote safety warning when stating the title with the OpenGL backend. It crashes immediately afterward before showing anything. 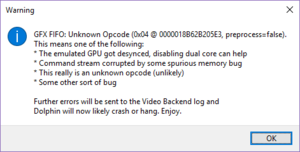 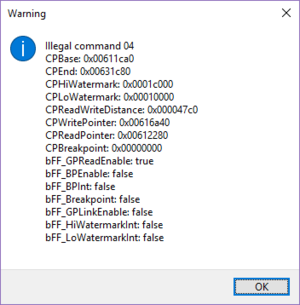 With the DirectX backend the menu can eventually be reached after numerous Unknown Pointer errors. An unknown GPU command error occurs after starting a new game, hanging on the "Episode 01: Morning Woods" screen. 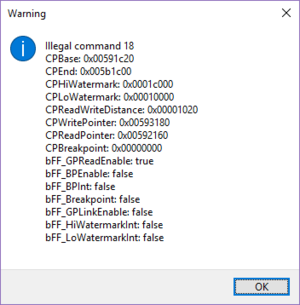 The graph below charts the compatibility with Death Jr: Root of Evil since Dolphin's 2.0 release, listing revisions only where a compatibility change occurred.

5.0-10063
Δ
5.0-18426 (current)
Δ
Δ
Δ
Δ
Δ
2.0 (r5384)
Compatibility can be assumed to align with the indicated revisions. However, compatibility may extend to prior revisions or compatibility gaps may exist within ranges indicated as compatible due to limited testing. Please update as appropriate.