Like many titles, bloom does not function appropriately at higher internal resolutions; resulting in ghostly outlines to things. Use 1x IR to avoid this. 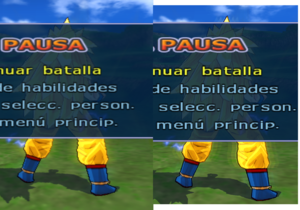 The graph below charts the compatibility with Dragon Ball Z: Budokai Tenkaichi 3 since Dolphin's 2.0 release, listing revisions only where a compatibility change occurred.

r5251
r7625
3.0-152
Δ
5.0-18505 (current)
Δ
Δ
Δ
Δ
Δ
2.0 (r5384)
Compatibility can be assumed to align with the indicated revisions. However, compatibility may extend to prior revisions or compatibility gaps may exist within ranges indicated as compatible due to limited testing. Please update as appropriate.