The Hulu Plus Channel is the only video subscription service to bring current TV programming from five of the six top broadcast networks (ABC, NBC, FOX, The CW, Univision) to your Wii console - all for a low subscription fee with limited advertising.

Upon starting, this channel will eventually freeze on the loading screen with FPS 0 / VPS 60. Fixed since at least 5.0-10612. 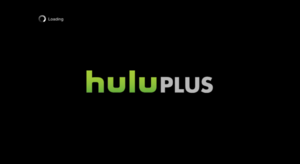 You can't get past this point

This channel will crash in a black screen on boot if MMU emulation is not enabled. Fixed since at least 5.0-10516.

This channel does not need non-default settings to run properly.

The graph below charts the compatibility with Hulu Plus Channel since Dolphin's 2.0 release, listing revisions only where a compatibility change occurred.

5.0-10612
Δ
5.0-18501 (current)
Δ
Δ
Δ
Δ
Δ
2.0 (r5384)
Compatibility can be assumed to align with the indicated revisions. However, compatibility may extend to prior revisions or compatibility gaps may exist within ranges indicated as compatible due to limited testing. Please update as appropriate.