No More Heroes is the story of Travis Touchdown. He has received orders to kill a vagabond. In front of him appears the handsome assassin Helter Skelter. After a fierce skirmish, Travis eliminates Skelter, upon which Silvia Christel arrives. She informs Travis that his victory was done without UAA permission, but he nonetheless becomes the 11th best assassin. And so Travis’s journey begins.

When using the OpenGL backend, some UI images may appear corrupted, such as the map screen legend in Travis' apartment and text boxes at various stores and other locations in the city. Use D3D11 to correct this. 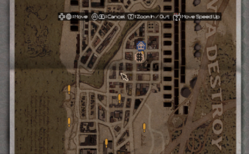 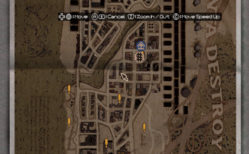 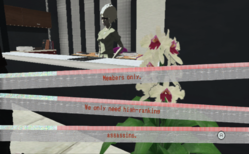 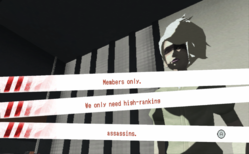 The graph below charts the compatibility with No More Heroes since Dolphin's 2.0 release, listing revisions only where a compatibility change occurred.

r4980
4.0-7962
Δ
5.0-17445 (current)
Δ
Δ
Δ
Δ
Δ
2.0 (r5384)
Compatibility can be assumed to align with the indicated revisions. However, compatibility may extend to prior revisions or compatibility gaps may exist within ranges indicated as compatible due to limited testing. Please update as appropriate.