Odd transparent copies appear of some objects when using Internal Resolution above defaults, refer to issue 7404. This is not a bug, it is the way the game renders, even on console. 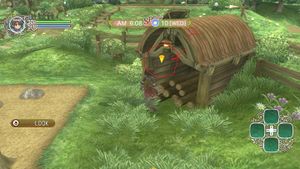 As of 5.0-16803, you may use Graphics Mods to remove the bloom altogether or make it be slightly less noticeable by rendering the bloom at native resolution.

The graph below charts the compatibility with Rune Factory Frontier since Dolphin's 2.0 release, listing revisions only where a compatibility change occurred.

r6337
4.0-1904
Δ
5.0-17510 (current)
Δ
Δ
Δ
Δ
Δ
2.0 (r5384)
Compatibility can be assumed to align with the indicated revisions. However, compatibility may extend to prior revisions or compatibility gaps may exist within ranges indicated as compatible due to limited testing. Please update as appropriate.