Starblade (スターブレード Sutāburēdo) is a 3D space-based rail shooter arcade game that was released by Namco in 1991. It was notable for its early use of real-time 3D graphics, produced using the Namco System 21 "Polygonizer" arcade system board, and it is believed to have had a strong influence on the 1993 Nintendo game Star Fox. 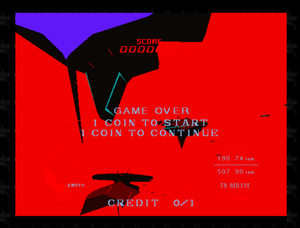 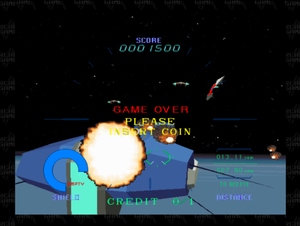 The graph below charts the compatibility with StarBlade since Dolphin's 2.0 release, listing revisions only where a compatibility change occurred.

4.0
Δ
5.0-18501 (current)
Δ
Δ
Δ
Δ
Δ
2.0 (r5384)
Compatibility can be assumed to align with the indicated revisions. However, compatibility may extend to prior revisions or compatibility gaps may exist within ranges indicated as compatible due to limited testing. Please update as appropriate.