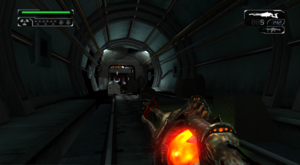 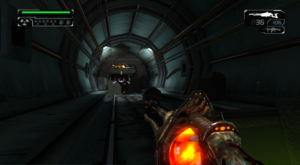 The settings menu provides a Bounding Box option allowing for adjustments to the regions of the screen output occurs to, which fails to function. This is unrelated to Dolphin's Bounding Box emulation.

This title has minor but noticeable bloom issues at resolutions higher than 1x.

As of 5.0-16786, you may use Graphics Mods to remove the bloom altogether or make it be less noticeable by rendering the bloom at native resolution. Note however, that removing or scaling the game's bloom will also impact the game's depth of field (DOF) effect.

r6252
5.0-274
Δ
5.0-18498 (current)
Δ
Δ
Δ
Δ
Δ
2.0 (r5384)
Compatibility can be assumed to align with the indicated revisions. However, compatibility may extend to prior revisions or compatibility gaps may exist within ranges indicated as compatible due to limited testing. Please update as appropriate.