TimeSplitters 2 returns with better graphics and bigger firepower, combining a dynamic storyline and stunning visuals with intense multiplayer kicks. In this second installment it is once again up to you to stop the evil Time Splitters from destroying the universe's space-time fabric. You'll travel through different historical eras, fighting in the roaring '20s, ancient Aztec temples, and outer-space robot factories. While the awesome multiplayer deathmatch mode is still here in all its glory, a more in-depth single-player and cooperative story mode, and a more advanced MapMaker feature, make for a more well rounded game experience. Up to 16-player action is available with four consoles and four links.

A odd border is rendered on the bottom and right sides of the screen. Refer issue 11418. 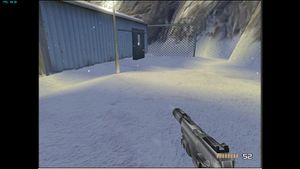 Dolphin's default Widescreen Patch will cause levels to not load or the Electrotool and other items to not appear making it impossible to progress. The following code works as a widescreen adjustment hack for the game. These cheats are adjustable by pressing the R and L buttons combined with another one. When doing so, be sure to use stretch to window for wider aspect ratios and use 16:9 for the 16:9 widescreen ratio. This should be done when you are in the Story Mode menu or in the MapMaker preview (where there are no weapons). 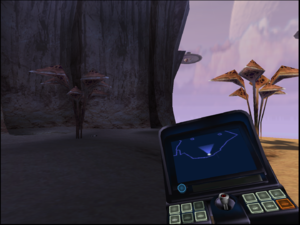 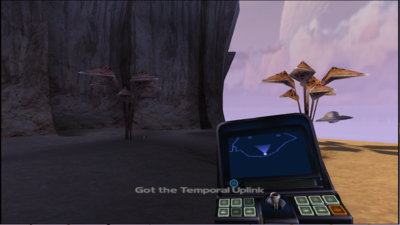 16:9 camera with stretched HUD and text.

The graph below charts the compatibility with TimeSplitters 2 since Dolphin's 2.0 release, listing revisions only where a compatibility change occurred.

r7480
4.0-77
Δ
5.0-13810 (current)
Δ
Δ
Δ
Δ
Δ
2.0 (r5384)
Compatibility can be assumed to align with the indicated revisions. However, compatibility may extend to prior revisions or compatibility gaps may exist within ranges indicated as compatible due to limited testing. Please update as appropriate.