The makers of the acclaimed medical action series Trauma Center blow the genre wide open with Trauma Team, bringing not one, but six exciting and creative gameplay modes! Play as a general surgeon, diagnostician, EMT, orthopedic surgeon, endoscope technician, or forensic examiner. With improved game balance and a completely original approach to story cutscenes, Trauma Team delivers the thrills and drama of the best medical entertainment.

Trauma Team utilizes almost all Wii Remote motion controls throughout the game. Because of the difficulty in mapping all these controls onto a traditional controller, a real Wii Remote is recommended for this game. For assistance setting up an emulated Wii Remote, see this forum thread. 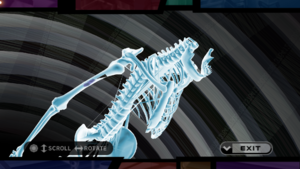 When the Wii Aspect Ratio is set to 4:3, the game will add black borders to the top & bottom of the screen to remain in 16:9. Trauma Team was designed with 16:9 widescreen in mind, and cannot crop to fit in the 4:3 screen. But one can make Dolphin stretch the image to fill the entire 4:3 screen with the following steps:

This method will distort the image, so it is not recommended.

The graph below charts the compatibility with Trauma Team since Dolphin's 2.0 release, listing revisions only where a compatibility change occurred.

2.0
4.0
Δ
5.0-18008 (current)
Δ
Δ
Δ
Δ
Δ
2.0 (r5384)
Compatibility can be assumed to align with the indicated revisions. However, compatibility may extend to prior revisions or compatibility gaps may exist within ranges indicated as compatible due to limited testing. Please update as appropriate.