If you have WiiConnect24 enabled, the game will hang when saving and exiting. This can be disabled before entering the world in the in game "Other Things" menu. Refer issue 10200 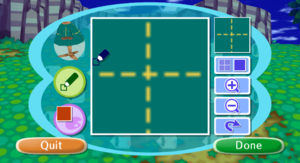 The graph below charts the compatibility with Animal Crossing: City Folk since Dolphin's 2.0 release, listing revisions only where a compatibility change occurred.