This will be an in-depth guide going through all the steps to quickly and consistently add reliable GameIDs to the wiki. It's not particularly hard to do, however it can be tedious and sometimes requires investigation for obscure titles. However, once an understanding is reached of how IDs work and how best to use the resources available, most GameCube or Wii IDs can be added or confirmed without too much trouble.

How are IDs formatted?

Every ID is a unique six-character code made up of letters and numbers which identifies a specific version of every Wii or GameCube title. Each character holds its own meaning in the ID, as follows:

How does the wiki handle IDs?

The ID database here works off of redirect pages, each ID being its own wiki page which simply contains a redirect to the page of the title the ID is for. This makes adding a GameID to the wiki rather simple on a technical level. As an example, suppose ID "GALE01" was for the game Super Smash Bros. Melee; it was created simply as a new page on the wiki titled exactly "GALE01", and then its contents were written as #REDIRECT [[Super Smash Bros. Melee]].

The title page will pick up the IDs automatically within {{Infobox VG}} with the help of DPL. It works by looking through redirect pages to find the matching title it's about to redirect to itself, and then output the titles of those redirect pages.

Currently the wiki is undergoing an effort to try and understand some of the odd IDs that can appear. Examples of this would be titles which have a different first three characters for different region releases (usually happens with Japanese versions), special Walmart/Best Buy release versions, strange region codes, etc. In these cases, it's recommended to add a little sentence on the ID's page below the redirect with a few details about the ID. For example, for games with multiple European releases (most often P/X/Y/Z region codes), these can be differentiated most easily by language, so listing the languages for each ID on the redirect page can help clarify where each ID saw release. It won't interfere with the function of the ID or with the redirect, unless a second [[link]] is added to the ID page after the redirect. This currently breaks the wiki's ID DPLs and should not be done.

The following is a list of publicly available sources for obtaining both GameCube and Wii IDs, in order of complete to incomplete ID.

These sources provide complete GameIDs aligned with those used by Dolphin and the wiki.

Since GameIDs are used for integration between Dolphin and the wiki, the database here has to align to what Dolphin gives for different titles (given that the dump is valid). Therefore, the perfect source of IDs for the wiki is by obtaining them through Dolphin itself. However, this requires owning a copy of the title, being capable of dumping it, and viewing its properties within Dolphin.

Nintendo's update server is publicly accessible from any web browser, and allows anyone to freely download TMD files with title information. This can be done by using the following link:

The <ID prefix> bit needs to be replaced with the first four characters of the ID being confirmed in hex (here is a working link for prefix JALT as an example). If the prefix exists, a download will begin for an extensionless file named "tmd"; otherwise, a 404 will be reached. This file can then be opened with a hex editor, and the full ID can be seen (with a small gap between the prefix and publisher code) around halfway through the file in cleartext.

The major problem with this method is that it can only be used for ID confirmation and not addition, since the prefix must be known ahead of time. There's been efforts to scrape the entire update server for all TMDs and therefore never run into this problem, but the work is still pending.

These sources provide only the initial 4 characters of GameIDs, omitting Publisher IDs. The publisher IDs can be presumed to align with other titles from those publishers, but regional variations in both publishers and their IDs can complicate that, so other reliable sources are preferred.

For physical releases, the initial 4 characters of a title's GameID will be printed in the following places: 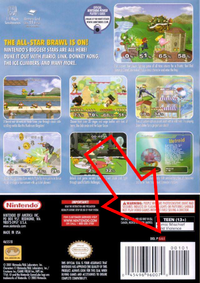 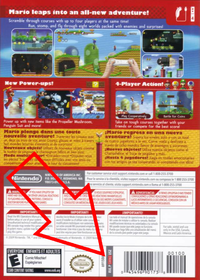 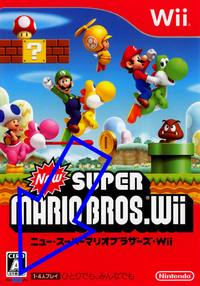 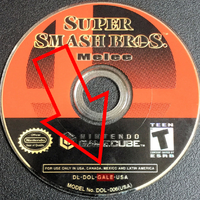 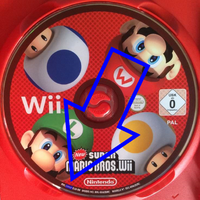 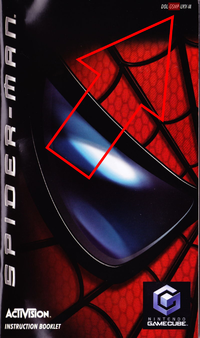 While this may theoretically be a good source of IDs, in many cases certain titles just might not have high quality cover scans publicly available. If a cover scan for a title cannot be acquired using normal sources (GameFAQs, GameTDB, MobyGames, etc.), eBay is another possible option. A lot of listings use high resolutions pictures of both sides of the title's box or the disc, from which the ID prefix can be obtained. By knowing the regions of a title's release, region-specific eBays can be used to further narrow the search; for example, there's an Australian eBay, a British eBay, a German eBay, and a Swedish eBay called Tradera, among others. Since these are not databases, keep in mind listings will come and go, so results may be hit or miss. Note also that for the best results it's more effective to use the name of the title in the language of the region, which can be obtained from GameTDB or Redump. Below is a chart listing online auction sites in various countries for convenience.

Redump.org is a trustworthy site dedicated to disc preservation across many different consoles; its archives can be considered close to the title's cover in validity. When there's no good cover scans available for a title, this is the next most verifiable source for IDs available. The site itself also includes some helpful formatting, such as showing region flags next to the IDs in the database and listing title languages to pinpoint where European IDs had their release. Redump's main flaws are: a) only GameCube titles are shown publicly, not Wii titles; b) it doesn't document publisher data, so piecing together the last two character publisher ID is challenging. In conclusion, Redump is a great place to check outlier GameCube IDs, but does not contain enough information on its own to be a primary source.

These sources provide complete IDs but may provide unreliable details.

GameTDB is huge and contains almost all GameCube and Wii IDs and covers, along with some other miscellaneous data like title languages similar to Redump. The problem though is that GameTDB is not as reliable. There are invalid entries on GameTDB, low resolution/wrong covers making it hard to check entry validity (___X__ region European IDs having ___P__ region covers as a consistent problem), questionable developer and publisher information, etc. The actual IDs though are generally correct, and this is the only source other than a personal dump or the NUS that contains full 6 character IDs like the Dolphin wiki uses. Because this is fairly trustworthy but not perfectly so, it is still recommended to check against one of the more reliable sources above before mindlessly posting IDs from GameTDB onto the wiki. However, in the case of a retail Wii title with no good cover scans for example, this becomes the most reliable source and there's no choice but to trust it until someone with the title can confirm/deny the ID directly. If you know for a fact an ID or cover on GameTDB is incorrect, please use the contact form to request it be removed or fixed.

Keep in mind that the way the website is organized, every single ID has a set of links at the top that allows instantly browsing to the next or previous ID alphabetically. At first this might seem like an oddity but it's one of the best features of the site. This can be useful for example in cases where the wiki erroneously contains two separate pages for the same title, as they will often come next to each other in an alphabetical listing. Multi-region releases of titles often don't share a name between countries, so sometimes overseas if a publisher is not clear that it's the same title, databases can get confused and list them as separate. The one flaw with the next/previous ID system is that GameTDB lists hacked IDs in along with their normal IDs, so for very popular titles like New Super Mario Bros. Wii for example, many page loads would have to be gone through to reach the official IDs for the title. In these situations, try and use GameTDB's .txt inventory of all IDs instead, which can be acquired here (starts download).

GameFAQs, on the whole, is a terrible place to get IDs, plagued with filled-in ID characters and false assumptions between different regions. But as it is recommended to find release data for titles while doing ID confirmation, GameFAQs ends up being a high priority visit anyways as their release information is extremely good. The rule of thumb here is, never trust GameFAQs' IDs without a second source. The first three characters are all that can reliably be obtained from them; not only do they omit the publisher code again, they also just fill in the region code by the region of release, NOT what the ID actually is. So do NOT blindly trust the region codes from GameFAQs; instead, try and use their uploaded covers when possible.

Because this is a wiki, there's a nearly Turing-complete scripting language and all its extensions available to find patterns in the wiki's IDs. The most useful of those extensions is DPL. DPL is the primary method used on the wiki for interacting with IDs both inside and outside of templates, and a familiarity with it is almost crucial. Take the following as a small example of what can be done:

This gives an output of:

What this does, is finds all IDs on the wiki with publisher ID 28 (i.e. Kemco), and lists them from the last edited to the most recent. With this someone could easily go through and add an edit to each ID, and the same DPL would update during the process to keep the oldest edit on top.