Mii faces and the graph are missing in the Wii Fit Plus Channel's banner and overview on the system menu. Disable Store EFB Copies to Texture Only on both the channel and the main game to fix this (both of them generate the images). Refer issue 11858. 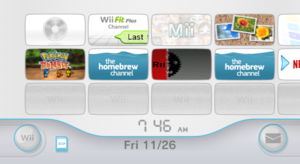 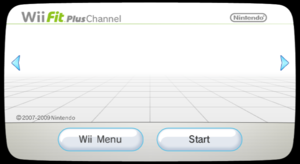 Rhythm Parade hangs with a white screen. Disable Dual Core to avoid this. This has been fixed by 5.0-13714.

r4897
3.5-1363
Δ
5.0-18008 (current)
Δ
Δ
Δ
Δ
Δ
2.0 (r5384)
Compatibility can be assumed to align with the indicated revisions. However, compatibility may extend to prior revisions or compatibility gaps may exist within ranges indicated as compatible due to limited testing. Please update as appropriate.

Playing Wii Fit Plus with a Mouse and Keyboard
Retrieved from "https://wiki.dolphin-emu.org/index.php?title=Wii_Fit_Plus&oldid=180651"
Categories:
Hidden categories: