A month and a half have passed since the mansion lab incident and now the secrets come back to haunt you in Resident Evil 3: Nemesis (aka Biohazard 3: LAST ESCAPE in Japan). Join Jill Valentine in her attempt to escape a nightmarish city in ruins. Around every corner lurk hordes of flesh-eating zombies, hideous mutants, and a relentless new nemesis. You'll soon rely on cunning and brute force to stay alive. The Resident Evil series has taken a horrifying turn, unveiling new layers in the Umbrella Corporation's devious activities.

Sometimes when picking up an item or transferring items from inventory to a box, the item will disappear. This can be avoided by setting Texture Cache Accuracy slider to the first setting (safe). This is the default value since 5.0-14855.

Environments will exhibit square graphical artifacts around some objects if Texture Filtering is set to Force Linear. Keep this enhancement at Default to avoid the issue. 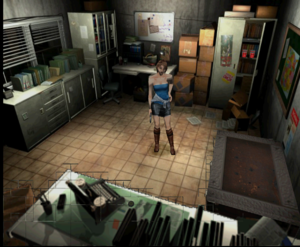 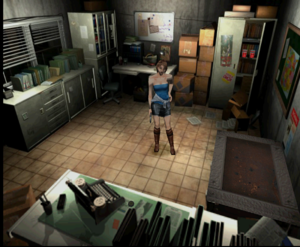 The graph below charts the compatibility with Resident Evil 3: Nemesis since Dolphin's 2.0 release, listing revisions only where a compatibility change occurred.