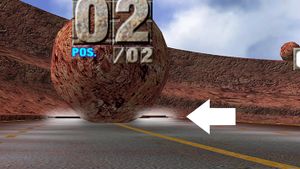 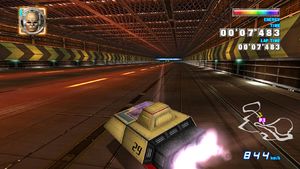 In Chapter 2 of F-Zero GX, the boulders that roll across the track can have no shadows in Direct3D. These shadows use a feature known as "LogicOps" which D3D11 on Windows 7 does not support. To see the shadows properly, use the OpenGL or Vulkan backend, or use revisions newer than 5.0-5404 for Windows 8/10. See issue 7183. Windows 7 is no longer supported in Dolphin, therefore this issue is no longer relevant. 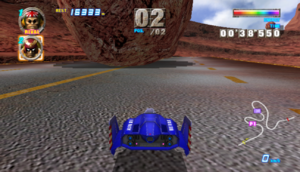 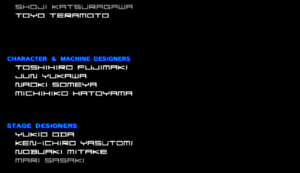 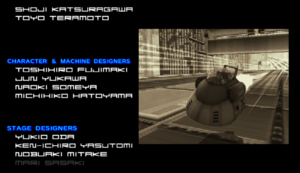