New Super Mario Bros. Wii is a side-scrolling platform video game published and developed by Nintendo for the Wii. It is the first game in the Mario main series since the Mario Bros. arcade game to feature simultaneous multiplayer gameplay, and the first title to include Nintendo's new 'Super Guide' feature. The game’s plot is similar to those of other side-scrolling Mario games. New Super Mario Bros. Wii follows Mario as he fights his way through Bowser’s henchmen to rescue Princess Peach. Mario has access to several power-ups that help him complete his quest, including the Ice Flower, the Fire Flower, and the Starman, each giving him unique abilities. While traveling through up to nine worlds with a total of 88 levels, Mario must defeat Bowser's children, the Koopalings and Bowser Jr., and Bowser himself before finally saving Princess Peach.

At higher internal resolutions, shading will look weird by default, almost as if it's pixelated. Turn on "Force Texture Filtering" to resolve this. 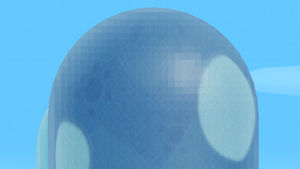 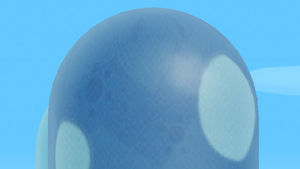 Some 2D elements, such as floating coins and ?-Boxes, will not be animated. Blue coins will be invisible when their associated P-Switch is activated, but can still be collected. Uncheck "Store EFB Copies to Texture Only" to fix these issues. The animations and blue coin visibility were fixed by 4.0-6860 but they were rendered only in 1x native resolution. In 4.0-7072 they are finally rendered in HD.

The graph below charts the compatibility with New Super Mario Bros. Wii since Dolphin's 2.0 release, listing revisions only where a compatibility change occurred.

r6249
4.0-6860
4.0-7072
Δ
5.0-11522 (current)
Δ
Δ
Δ
Δ
Δ
2.0 (r5384)
Compatibility can be assumed to align with the indicated revisions. However, compatibility may extend to prior revisions or compatibility gaps may exist within ranges indicated as compatible due to limited testing. Please update as appropriate.