Pokémon Colosseum (ポケモンコロシアム, Pokémon Koroshiamu) is a role-playing video game developed by Genius Sonority and published by Nintendo as part of the Pokémon series, released exclusively for the Nintendo GameCube. Unlike previous titles, the game does not feature random encounters with Pokémon, but the player can steal ("Snag") the Pokémon of other Pokémon Trainers. The game also features several battle modes for single-player and multiplayer gameplay. Pokémon Ruby, Sapphire, Emerald, FireRed, and LeafGreen can connect to this game through trading and Battle Mode.

Those that pre-ordered the game received the Pokémon Colosseum Bonus Disc.

After visiting Mt. Battle for the first time, entering a trainer battle will cause a crash just before the opposing trainer's Pokémon are loaded.

When playing the Arena mode in the PAL version, a crash can occur when attempting to register the Pokémon from Story mode to play later in the Colosseum mode. 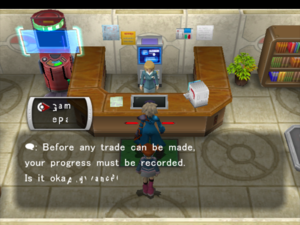 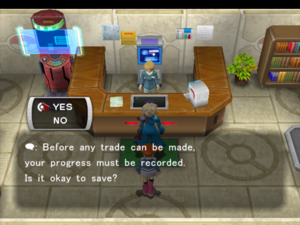 The built-in Widescreen Hack causes various glitches with shadows, leaving the floor completely black most of time. The following AR codes work as a replacement, causing fewer issues. To avoid conflicts, make sure that Widescreen Hack is disabled while using these codes.

The graph below charts the compatibility with Pokémon Colosseum since Dolphin's 2.0 release, listing revisions only where a compatibility change occurred.

r282
Δ
5.0-17536 (current)
Δ
Δ
Δ
Δ
Δ
2.0 (r5384)
Compatibility can be assumed to align with the indicated revisions. However, compatibility may extend to prior revisions or compatibility gaps may exist within ranges indicated as compatible due to limited testing. Please update as appropriate.