In stable releases of VBA-M, the GCN-GBA connectivity does not work properly, causing severe slow-downs to the point where both games timeout before an emulated connection can be established (Can be worked around by setting the timeout to 10000 in VBA-M. At least that worked of me.). Although unstable and barely functional for Pokémon Colosseum Bonus Disc, the recommended releases of VBA-M to use the GCN-GBA emulated hook-up are the WXVBAM versions. You may need to import the battery save that matches the game running in VBA-M while the GBA BIOS is active for Dolphin to establish the link properly. The save type for the compatible GBA Pokémon games are Flash 128K if automatic save detection does not work. 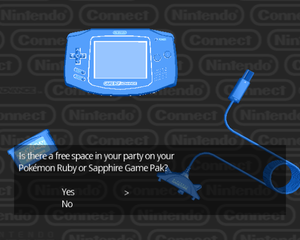 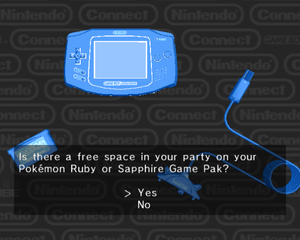 The graph below charts the compatibility with Pokémon Colosseum Bonus Disc since Dolphin's 2.0 release, listing revisions only where a compatibility change occurred.

3.5-141
Δ
5.0-18410 (current)
Δ
Δ
Δ
Δ
Δ
2.0 (r5384)
Compatibility can be assumed to align with the indicated revisions. However, compatibility may extend to prior revisions or compatibility gaps may exist within ranges indicated as compatible due to limited testing. Please update as appropriate.